Mason bought our first house in 2014, about 6 months before our wedding day. He was so excited to be a home owner, little did he know, we would be flipping houses for the next 6 years. Mason was approved for a house up to $175,000, which is insane! If we would have purchased a home for $175,000 we would have been house poor. *Here is a tip, ALWAYS buy below your means. You do not want to be house poor.* We bought below our means and used the profits to invest into another home.

Our first house was a little blue ranch on Saratoga Avenue. It was 1000 sq ft and had 3 bedrooms and 1 bathroom. Man, I loved that little house. Mason purchased our ranch for about $93,000. It had a lovely blue exterior, a charming bay window, a large backyard and a detached garage for Mason. It was the perfect house for us. We thought we would stay for at least 3 years and then sell it for a bit of a profit. We didn't think we would be flipping houses. That was not the plan.

We lived in our little blue ranch for about year and decided to sell it because the market was doing so well in Columbus. Before we sold it, we fixed it up. Mason tore up the floors and put down vinyl. We painted every single room. We decorated and styled every room. Mason's grandparents paid for new carpet in the bedrooms and Mason tore up the entire yard and landscaped. Mason's dad and step mom re-did our bathroom for us and surprised us! It was our first flip and we loved every minute of it. We loved making our little house a home.

We ended up selling our ranch without a realtor and did it ourselves. We sold it for $99,000 and made a profit of $5,000. $5,000 isn't a lot of money when you are flipping houses, but it was A LOT of money to us at the time. DIY and flipping houses still wasn't on our radar, but this little blue ranch instilled something in our hearts and we didn't even know it. The journey to flipping houses and building had begun....

We took the $5,000 and decided to buy another house. Since the market was so hot, we had to live in Mason's grandparents house while we looked for a house. We probably looked at 30 houses and put in 3 full price offers without any success. We were getting discouraged. We had a budget of $150,000 and were firm on that price. We didn't want to become house poor. There weren't a lot of options in that price range and it seemed like we would never find a house.

One night I found a house on realtor.com and sent it to our realtor. We were there within the hour to look at it. It was 6:30pm in the winter, so it was dark outside. When we stepped foot in the house, we knew we wanted to offer. The house was a rental, so it was extremely dirty and smelled like animals, BUT it had a open floor plan. The kitchen opened up the living room and I loved the open feel. The house was listed at $150,000, the top of our budget. Since we saw the potential in the house, we decided to go for it.

Even though the house was dirty and needed updates, we made a full price offer. We found out the next day that it was accepted! We were SO excited. The house was on Clare street in Blacklick, Ohio and was about 1400 sq aft and we loved it. We decided to live in Mason's grandparents house a little bit longer while we cleaned and updated Clare street.

When I say this house was dirty, I MEAN IT. It was covered in dirt, dust and animal particles. The carpet was disgusting and the vinyl tile in the kitchen was worn through. Most people may have passed on this house due to it's condition, but we could see the potential. It had an open floor plan, 3 bedrooms, 2.5 baths, white cabinets and a basement.

We started cleaning. It took us a solid week to clean this house. We ended up getting new toilets because we couldn't salvage the existing ones. We also pulled up the carpet and had it replaced due to the animals that lived in the house. We also had the house painted.

After the carpet was replaced, we moved in! Once we moved in, we wanted to continue updating our house. Mason and his dad put down vinyl wood flooring in the kitchen. Mason also put up a subway tile backsplash in the kitchen. To complete the kitchen we added large wood shelves and new light fixtures.

In the living room we replaced the light fixtures, added carpet and painted.

In all the bathrooms, we replaced the light fixtures. We also replaced the peel and stick tile with vinyl plank flooring that resembled real tile. We painted and Mason redid the tile in the guest shower.

The house had a basement but it wasn't finished. We decided we wanted to finish it to add livable square footage to the house. Mason went for it! He researched and watched videos on youtube. He also had friends that did drywall and asked for their help. Before we knew it, the basement was finished! It was so nice.

The last thing we did was update the outside of the house. We did all new landscaping and added a pergola to the back deck. Mason worked really hard on the exterior of the house and it looked amazing.

We lived on Clare street for two years and started to get the itch to move. We always had a dream to build our own house but thought that would be years and years down the road. Mason had been working for a home builder and learned so much!

We decided to list our house because the market was still really hot in Columbus. We listed our house for $230,000. During this time we were looking for land to build on. Land surrounding Columbus is really expensive and we knew that it would be a lot to buy and build, but we didn't give up hope...

Here is where the God moment happened and we found Miller rd.

We found a plot of land that we were interested in and Mason went to check it out. He brought one of our family friends that works in excavation to look at it. They went and looked at the land and realized it wasn't the best fit for us. Through that process, our family friend let us know about a lot he was thinking about selling personally. We went and looked at it and instantly knew it was the right piece of property. It was 3.5 acres on a hill with a small stream and beautiful trees. We were in love. We purchased the land in the next few weeks and got to work.

While we were building, we lived in an apartment. It was really challenging because the apartment was dark and dreary. It only had one window in the living room and the sun didn't shine through. If we could do it over again, we would have searched for an apartment that had more sunlight.

After a month of living in the apartment, we broke ground on our house! There was a lot of work upfront, (permits, electric, utilities, etc.) Mason had to clear the entire lot because it was full of brush and plants.

We moved in the beginning of July of 2019. The feeling of living in a home you built is unmatched. All of the blood, sweat and tears were worth it!!

We lived on Miller rd for about 1.5 years and loved every second of it. As we watched the market in Columbus, we saw an opportunity. We kept costs as low as possible while building on Miller and knew that we could make a large profit if we decided to sell. Since the market was so hot in Columbus, we decided to list our house and see what happened. This was an extremely hard decision to make since we just built our house, but we felt peace about it. Sometimes you have to let go of good things to get the best things.

We listed our house for $495,000 and received multiple offers and sold it for over asking. We were in shock. We were sad, happy and scared.

We started looking for land right away to build another house. We found the perfect lot in Westerville, Oh. It's almost 6 acres of land in a great school district. We made an offer and it was accepted.

We are now in the beginning stages of building again.. so crazy, but we're doing it!

Hope this gives you a glimpse into our crazy home journey!

« POSTPARTUM DEPRESSION AND ANXIETY: my story and tips for healing
Charleston SC Weekend Getaway: Best Things to do »

for our weekly emails

Hi, welcome to our corner of the internet. We're the Conley family. We love all things home and family. We flip, build and decorate homes. DIY is kind of our thing.

Our perfect night consists of grilling out, playing with our two boys, hanging with friends and finishing the night with a fire.

We are ALWAYS up for a new adventure (hence the name of our blog). We love new projects, new places and new ventures.

We are currently building a house from the ground up and taking YOU along for the ride. We hope you're up for the adventure! 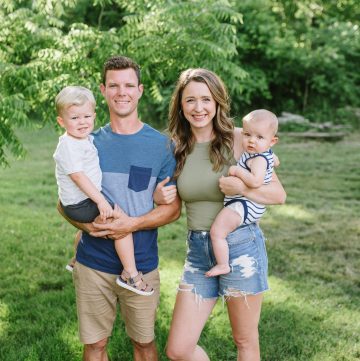 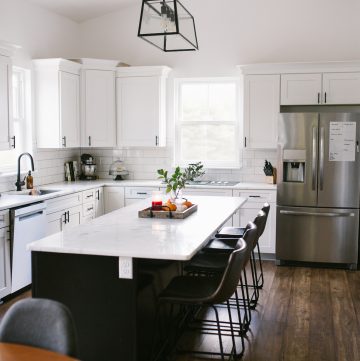 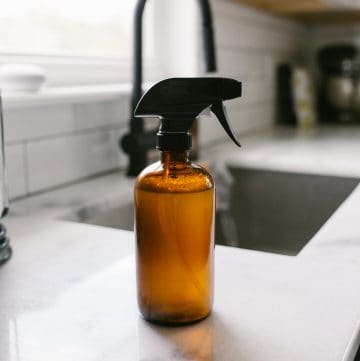